Below you will find a brief guide to the key attractions and places of interest in each zone. 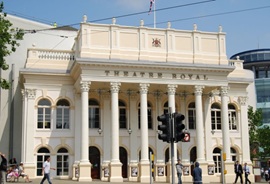 At the heart of this zone is the Royal Centre, comprising the splendid.

Theatre Royal which dates back to 1865, alongside the more modern Royal Concert Hall.

Shopping dominates this zone which was once home to the city’s Great Central and Great Northern railway lines.

The Clock Tower of the former Victoria Railway Station was preserved and now marks one of the entrances to the modern day Victoria Centre. 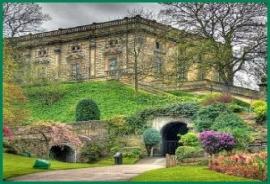 Within the impressive walls that once surrounded the original medieval Nottingham Castle is a magnificent 17th century ducal mansion with wonderful views over the Nottingham Castle & Robin Hood and the entire city centre. 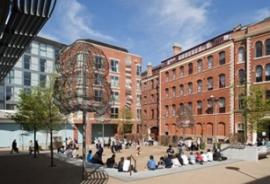 The Lace Market was at the forefront of UK lace design and manufacturing throughout the 18th century when there were more than 130 lace factories in this area of the city.

Today the magnificent lace and textile factories have been converted into specialist shops, restaurants, cafés and bars, offices, apartments and the city campus of New College Nottingham.

The award winning NCCL Galleries of Justice Museum, Nottingham Contemporary art gallery and the National Ice Centre are also in this area 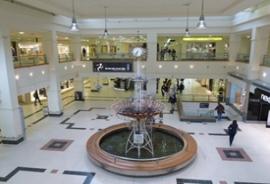 The Broadmarsh zone is the gateway to the city centre for many visitors to Nottingham, with Nottingham Midland Station and Broadmarsh Bus Station situated here.

There are lots of places to shop in this zone, particularly in the Broadmarsh Shopping Centre, entered from Collin Street, Lister Gate and Middle Pavement.